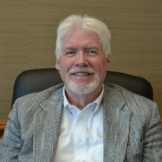 Chuck Robbins is a veteran of the advertising, marketing and public relations community. A past president of the Charlotte, North Carolina Chapter of the American Ad Federation, Mr. Robbins has served as a consultant to many of the top Agencies and corporate clients in the Southeast. As a consultant and problem solver, he has conducted marketing research, developed marketing plans, managed agency searches, facilitated multimedia and web projects, initiated public relations campaigns, and managed several corporate identification makeovers. His clients have included new business startups as well as Fortune 500 Corporations.

As an outside consultant and marketing director for the firm InfoVision, Robbins developed numerous successful case histories. InfoVision sales grew at a rate of over 32% during Robbins stay with them. Public Relations are a significant element of the culture at the company and the results of those efforts are evidenced in the numerous recognitions the company received.

Robbins has managed over 40 events including a major technology exhibit and presentation at the Charlotte Merchandise Mart attended by over 400 people including (then) Mayor Pat McCrory regional and national Microsoft Managers, Sports celebrities and many CEO’s and COO’s from the Carolinas Best Companies. Four hours of the event were webcast nationally. Over 30 sponsors participated as well. These programs and recognitions resulted in thousands of lines of Print, Web and Broadcast Public relations. Our last six press releases have almost 1 million views online.

aro uses social media to create education, buzz and networking solutions for its clients as well as to generate leads and income. aro has also managed many local and regional events. Some prominent events that Robbins has consulted on include: John C. Maxwell Teamwork Simulcast (at Joe Gibbs Racing); Power-up Professional Development for Ad Club of Charlotte; The Big Click.

Mr. Robbins has been published in Lawyers Weekly, writing about the Intellectual Property law business in the Carolinas. He has also been published in the Roanoker Magazine, the Houston Chronicle and numerous trade magazines. He publishes his own e-newsletter to over 2,000 clients and associates around the U.S, and Canada. Chuck holds over 30 awards for creative excellence in advertising.